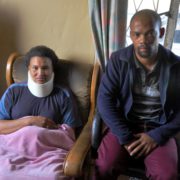 Some residents of the Smutsville community are up in arms, alleging they suffered brutality at the hands of a SAPS unit from George. They believe members of the unit should be brought to book for cases of hit and run, wrongful arrest and assault.