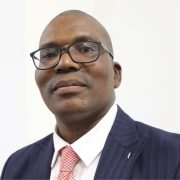 Knysna Municipal Manager, Dr Sitembele Vatala is extremely concerned that there is a perception by some Sedgefield residents that Sedgefield is somehow less important to the Knysna Municipality than the rest of Greater Knysna.

“Since taking office it has concerned me that there is a perception that we don’t care as much about Sedgefield as we do about the rest of Greater Knysna,” said Dr Vatala. “I want to categorically state this is definitely not the truth, and to show my commitment to this beautiful coastal village I will be residing there for a few months,” he added.

To underline his commitment, the Municipal Manager assures Sedgefield residents that he will be taking a personal interest in the several projects that are due to commence before the end of this financial year (July 2019).

“Seeing as Sedgefield is currently my home, I will be keeping a keen eye on Phase 2A of the upgrade to the bulk sewer infrastructure as well as the upgrading of the Sedgefield Town Hall,” he said. “The officials assured me that projects such as the provision of new speed humps and the walkway between Raven Street and Myoli Beach are on track.”

Dr Vatala lauded the community spirit for which Sedgefield has become synonymous with. “The recently held Slow Festival showed the big-heartedness of the residents. It was heart-warming and encouraging to see a village pull together for the greater good of its economy.

“Sedgefield is so diverse and has so much to offer. I am sure that the residents took cognisance of our commitment to the town in our new billboard that is drawing attention to the beauty of Sedgefield. Currently, it exhibits the many beautiful beaches that hug the coastline, and I am told that this billboard’s picture will soon change to showcase another aspect of Sensational Sedgefield, ensuring the continued attention of the passers-by.”

“And therefore I invite the Sedgefield Ratepayers and Voters Association to approach my office with a written submission on items that are of concern and I endeavour to amicably resolve any issue brought to my attention.

I also want to encourage our residents to attend public meetings during which they can engage with our officials and Councillors to get a better understanding of Local Government and have their concerns heard. Greater Knysna prides itself on being Inclusive, Innovative and Inspired, so please reach out when you need an issue addressed.”

Residents are welcome to write to the Municipal Manager with their suggestions, ideas and inputs to tips@knysna.gov.za