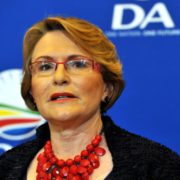 The Garden Route Rebuild Initiative will, in partnership with Garden Route Municipalities, community members, and private sector donors, develop a rebuilding strategy for the area and identify where public and private funds can best be spent.

The Garden Route was badly affected by the fires in June. People lost their lives, homes were destroyed in the greater Knysna area and Plettenberg Bay, and the environment was badly damaged. Many jobs have been lost temporarily, especially in the tourism service industry.

Officials from all three spheres of government and countless volunteers assisted in the immediate aftermath of the disaster. “Now it is time to rebuild. I sent a team to the region a week ago to assess how best the Province can assist further. It is clear that the Garden Route requires significant support in the rebuilding process,” said Premier Zille.

The Rebuild Initiative will provide immediate support to Municipalities for building approvals and coordination of humanitarian efforts and will launch skills initiatives to enable local residents to participate in the rebuilding process.

Premier Zille said: “I am establishing a Garden Route Rebuild Initiative, which will be responsible for coordinating all of the public and private initiatives in the Garden Route region. The initiative will be led by Minister Alan Winde, and coordinated by Dr. Hildegarde Fast, who was previously Head of Department: Local Government who coordinated the disaster response to the Eden drought in 2009/10”.

“In recovering from this terrible disaster, we have an opportunity to build a resilient economy, create more sustainable jobs, and create a more united community. We can only do this if the government, civil society, and the private sector join forces to create a future for the Garden Route that is more prosperous than before,” said Zille.