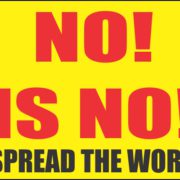 As we draw towards the end of Women’s Month, it seems that at least part of our education system is still working to laws of the dark ages – this after a thirteen-year-old girl who was raped by a boy at her high school hostel, whilst two other boys held her down, has been expelled from the hostel for life.

The boy who raped her later admitted to his crime and was arrested, then released pending a trial. His parents have removed him from the school. The two boys who assisted him and cheered him on were given a nine-day suspension, and are now back at the hostel.

We have changed the name of the victim and her mother in this story for obvious reasons, but they both live in Smutsville, and the victim attended Heatherlands School in George at the time, staying at the girls’ hostel.

On the afternoon of Thursday 9 March ‘,Victoria’ went across to the boys’ hostel to fetch a laptop that one of the boys had borrowed from her. The laptop belonged to her mother, ‘Agnes’, who she was seeing the following day, and after asking the boy to return it a number of times without success, she had decided to go and fetch it from his room herself.

Knowing she was not allowed into the hostel without permission, Victoria says she looked for the hostel master, but he wasn’t there.

She decided to go in anyway, and when she walked into the room belonging to the boy she found him there with three other boys.

But instead of giving her the lap top, the boys grabbed her. Two of them, both boys she knows from Smutsville, held her down and shouted words of encouragement to the boy who raped her. Another boy kept watch at the door.

Eventually, they were disturbed by the roommate of the rapist, who walked in, saw what was going on and shouted at them. In the commotion, Victoria managed to escape and ran back to her room.

She was understandably in shock and did not tell anyone about her attack until the following day when she blurted out the whole terrible ordeal to her friend, who then went to the school authorities.

The first Agnes heard about her daughter’s attack was later that day, when she was visited at her home in Smutsville by someone from the Western Cape Education Department.
“An incident involving Victoria has happened,” was all he could tell her. He then phoned a social worker, also from the department, and handed Agnes the phone.

The social worker was at the hospital with Victoria, and she told Agnes the news that no mother ever wants to hear. There had been an ‘alleged rape’, Victoria was undergoing tests, and they were waiting for the police investigator to arrive.

The same investigator brought Victoria home at 5.30pm the same day. He had interviewed her in the car, and when he met with her distraught mother, he relayed the whole horrific tale to her. The case had been reported to the police and the family made contact with the investigating officer.

Though still suffering from Post Traumatic Stress Disorder, Victoria bravely went back to school the following Thursday. However the next day her world fell apart again when she was sent home with a letter saying she was to face a disciplinary hearing at the school for ‘having sexual relations in the hostel’.

Having just started a new job, her shell-shocked mother asked if the hearing could be postponed to a later date, and eventually, 3 May was agreed upon. She also went to see her old Masithandane work colleague Barbara Pitt, who then called in Femke Hamming who is a well-renowned FAMSA counsellor.

Both ladies drove through with Agnes and Victoria to attend the disciplinary hearing at the school, and both were horrified with how it was handled.

They said the Governing Body Disciplinary Panel that they sat before with Agnes and Victoria, consisted of five men and one woman. When proceedings started another man came in and read out the charges for Victoria and her attacker. He also read a statement to the effect that the boy had admitted perpetrating the rape, and the fact that the two boys had held Victoria whilst the crime had been committed – which concurred with Victoria’s description of what happened. However, the boy had later retracted the second part of his statement.

After reading the charges and related statements, this man left the meeting, and Victoria had to face a long list of questions from the panel, often being pushed into such intimate detail that her mother, Barbara, and Femke cringed in their seats. Needless to say, Victoria became extremely upset during the questioning. Being asked why she hadn’t fought back she explained that she had, biting the two holding her on their arms. She was also asked why she hadn’t screamed.

Counsellor Femke could not believe the intimate questions that the obviously still suffering young girl was pushed to answer by adult men. “The disciplinary hearing should have only dealt with the fact that she had been in the boys’ hostel. The police are already investigating the rape case,” she said.

Eventually, Femke intervened and proceedings were brought to a halt before the long list of 23 questions had been completed. Victoria and those accompany-ing her were asked to wait outside whilst the panel deliberated. Half an hour later they were called back in, and Victoria was told the shocking news that she had been found guilty of misconduct and thus banned from the hostel for life.

This in effect, meant that she would have to leave the school, as the daily bus fare to and from George was totally unaffordable for her mother.

“I get the impression that they just wanted to get rid of her, to make the whole story go away,” said Agnes later.

Unable to believe that the young victim of this terrible crime has been the one punished, whilst the two boys who had held her are back at the school, Agnes, Barbara and Femke composed a long and detailed letter of appeal pointing out numerous irregularities in the hearing. This was sent to the school and to various directors in the Western Cape Education Department on 17 May.

No replies have been forthcoming to date. Meanwhile Agnes began making efforts to get Victoria enrolled in another school. She had already missed a term and certainly did not want to go back to Heatherlands in George as she had not only been tarnished as the ‘guilty party’, but would also have to share the bus with the two boys who had held her down.

After the department had promised that she would have a space in Knysna Secondary, Agnes contacted the school but were told they knew nothing about Victoria enrolling. Eventually, after sending a threatening letter to the department, they managed to get a meeting with Circuit Manager K Eksteen who made sure a place was found for her at that school, and she is continuing her studies there.

Agnes is determined that this matter is not swept under the carpet, so the same thing can happen to someone else’s child. She says Victoria’s character has been changed by her terrible ordeal. The young girl is angry and frequently aggressive and is yet to be offered counseling or support from the school, or the Department of Education.

Agnes longs for the day when a high school in Sedgefield becomes a reality, or at least a proper bus service so that children can sleep at home and parents are not forced to compromise their safety.

Both Barbara and Femke believe there has been a total miscarriage of justice, and that the school system failed to protect the victim, yet allowed the boys back into the hostel after a short suspension.

“This matter was handled so terribly from the start,” says Femke, “Schools should have a plan in place for when such things happen.”

She pointed out that according to Section 55 of the Sexual Offences Act, it is an offense to attempt, conspire with another person or incite another person to commit a sexual offense. The penalty for this is the same as if the person had committed the act.

“This means that the other boys (who helped the perpetrator) should be charged,” she explained, “He retracted the statement that they were involved but it is in the statement of the victim…. even so, nothing has happened to them through SAPS and school only suspended them for nine days which meant they acknowledged their involvement.”

“The department does not have jurisdiction over discipline at the hostel, and could not consider the appeal against the decision of the school governing body.

The department views the incident in a very serious light and approved the expulsion of the boy concerned from the school, following a separate disciplinary hearing of the SGB.

District officials have explained the disciplinary process regarding the hostel to the mother and her representative.

The SGB expelled the girl from the hostel, but not the school. The school arranged to accommodate her elsewhere.

She has since moved to Knysna Secondary and does not wish to return to Heatherlands High, according to our information.”