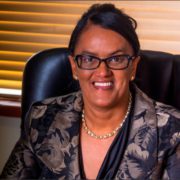 THE MUNICIPAL budget for Knysna for the 2016/17 cycle was tabled yesterday by Executive Mayor Georlene Wolmarans as part of her final State of the Town & Budget address.

During her address on Tuesday 31 May, themed “A prosperous future for Knysna,” Mayor Wolmarans touched on the highlights of the past term and shared her vision for Knysna for the years ahead: “It is my sincere hope that the next council will build on the achievements we have attained during this term in office and will strive to overcome the challenges that faced us over the last five years.”

Mayor Wolmarans touched on the activities and projects of each directorate, while identifying the pertinent challenges that will be addressed during the next financial year. After concluding her review on the wellbeing and future of Knysna, Wolmarans turned to matters of Rands and Cents.

“The budget for the next financial year continues to reflect the strategies and priorities of the town, chief among them the need to address our dire water security issues”, Wolmarans said in her initial remarks.

“The new budget for Knysna Municipality amounts to approximately R912 million comprising of R174 million in capital expenditures and R738 million for operating expenses. This constitutes a considerable increase of 16% on the adjusted budget for 2015/2016 which amounted to a total of R789 million.”

THE FARCE SIDE BRINGS THE LAUGHS!
Scroll to top