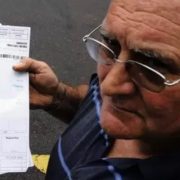 The most recent rates invoices presented a nasty shock to a number of Greater Knysna residents, particularly those residing in the more rural areas. This after their rates showed dramatic increases – sometimes by as much as 300%. Worse yet, these increases have been back-dated to 2017.
Those who approached the newspaper with concerns over this issue have asked for their names to be withheld as they are currently exchanging communication with municipal officials to see what, if anything, can be done to reduce the increases.
“I have serious issues as to how this has been carried out,” said one resident of the Hoogekraal area. “There was no consultation, no notification of valuations being done. We paid our rates in full for the 2017 / 2018 year, and again for the 2018 / 2019 year, but now we have been hit with backdated increases and told we are in arrears!”
It seems that the change in the rates charged stems from the Knysna Municipal Supplementary Valuation Roll for 2017 / 2022, which was undertaken by DDP Property Valuation Experts and certified in Pretoria on 31 March 2019.
The document lists close to 1000 properties in the Greater Knysna area which have been subject to a change in rates. Mostly this is due to the property either being rezoned by the valuators, or because they have assessed a substantial change in its market value.
A huge number of rural properties are on the Supplementary Valuation Roll, having been rezoned as ‘Residential’, whilst others in residential areas have been rezoned as ‘business’. A query by one resident who asked why his farm had lost its ‘agriculture’ zoning when nothing had changed on the property for years, received the following explanation from the Municipality:
“In order for the category to be changed to agriculture, proof of Bona Fide farming from SARS is required. In the case of subsistence farming the criteria above apply. The approval is subject to an in-loco inspection to the property.”
But even on acceptance of the new zoning, the two year backdating of the much higher-rates to 2017 seems for many the most bitter pill to swallow. The general consensus seems to be that though their rates have always been paid, and no skulduggery entered into by the property owners, they are being forced to pay the back-dated amount. “It’s almost like I’m being fined for something I didn’t do,” said one affected property owner, “If the Municipality hadn’t changed our zoning and billed us accordingly back then, why are we now liable for two years of the new rates backdated?”
But once again – the response from the Municipality to such a query indicated that the property owners must fork out, regardless.
“In terms of the rates policy, where the rates levied on a particular property have been incorrectly determined, whether because of an error or omission on the part of the Municipality or false information provided by the property owner concerned or a contravention of the permitted use to which the property concerned may be put, the rates payable shall be appropriately adjusted for the period extending from the date on which the error or omission is detected back to the date on which rates were first levied in terms of the current valuation roll.”
When The EDGE asked the Knysna Municipality for comment on the rate-hikes, Spokesperson Christopher Bezuidenhoudt referred us to the valuation roll notice, which reads as follows:
Supplementary Valuation Roll 2
In terms of the Municipal Property Rates Act “Agricultural property” means property that is used primarily for agricultural purposes but excludes any portion thereof that is used commercially for the hospitality of guests, and excludes the use of the property for the purpose of eco-tourism or for the trading /hunting of game.
In terms of Knysna Municipality’s Rates Policy “Bona-fide farmer” means genuine or real farmer whose dominant income is generated from farming activities, on an agricultural property, within the Knysna municipal area, and is taxed by SARS as a bona-fide farmer.
The Rates Policy further notes that Agricultural Properties used primarily for agricultural activities will be rated at the prescribed ratio as per the Municipal Property Rates Regulations. In terms of section 2(d) of Council’s approved tariffs, the agricultural tariff is only applicable to owners of agricultural properties who are registered with SARS as bona fide farmers.
Properties categorised as “Non-Urban domestic (Residential)” in the General Valuation Roll of 2017 / 2022, were re-categorised to “Residential” in a Supplementary Valuation Roll due to the Non-Urban domestic tariff being phased out, whilst other properties were re-categorised in terms of actual use.
Notices advertising the publication of the Supplementary Valuation Roll 2 were duly published in the Provincial Gazette and once a week for two consecutive weeks in the media, as required by the Municipal Property Rates Act, Act 6 of 2004. This notice invited every person who wished to lodge an objection in respect of any matter omitted in or from the roll, to do so in the prescribed manner within the stated period.
Notices were posted to property owners and this notification, together with the Supplementary Valuation Roll 2, were published on the official website of the Municipality.
The objection period for the Supplementary Valuation Roll 2 closed on the 29 May 2019.
In terms of section 78 1(a) Municipal Property Rates Act 6 of 2004, a municipality must, whenever necessary, cause a supplementary valuation to be made in respect of any rateable property.
Section 78 (4) further notes that rates on a property based on the valuation of that property in a supplementary valuation become payable with effect from the date of which the category has changed.
Bezuidenhoudt also suggested that those with queries are welcome to communicate them directly with the Municipality.
“Please note that not all cases are the same. We invite property owners to contact the Director of Financial Services, Mr Mbulelo Memani, or the Manager of Income, Ms Busiswa Kova for clarification on their individual accounts,” he said.

SHAKESPEARE IS A SELLOUT
Scroll to top